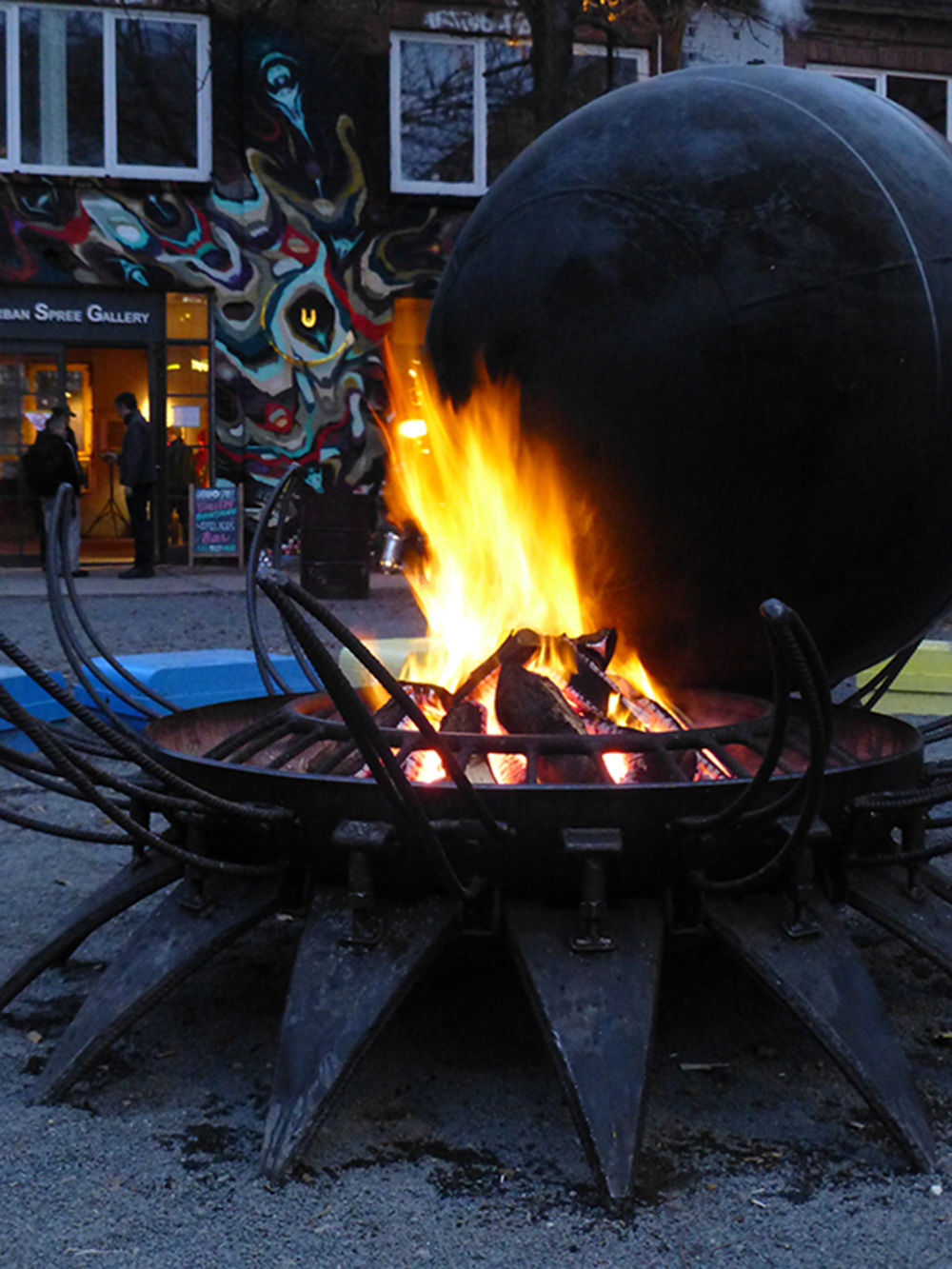 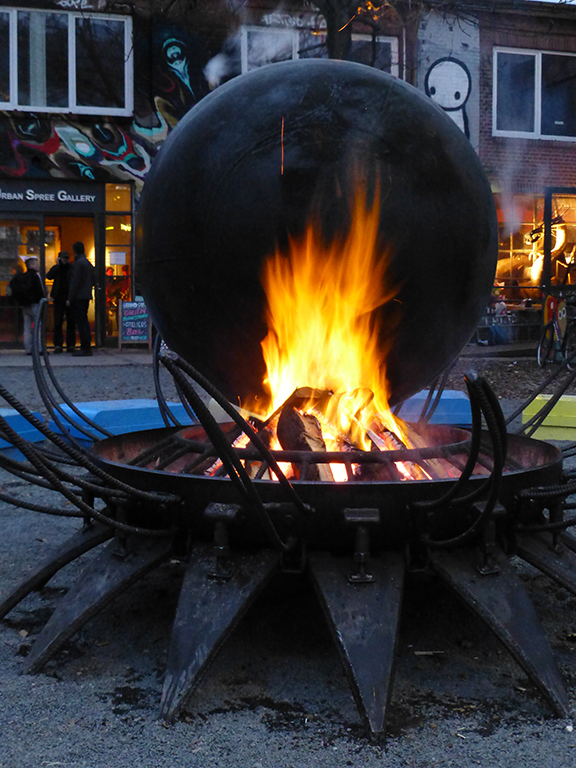 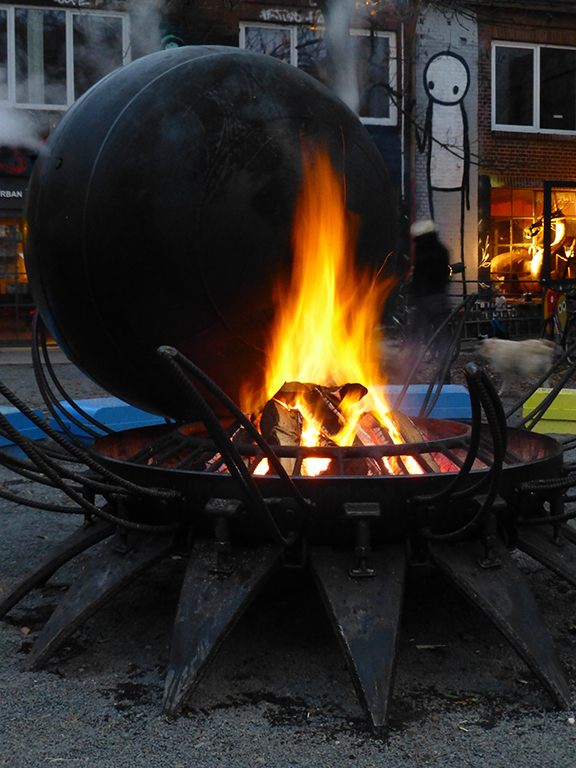 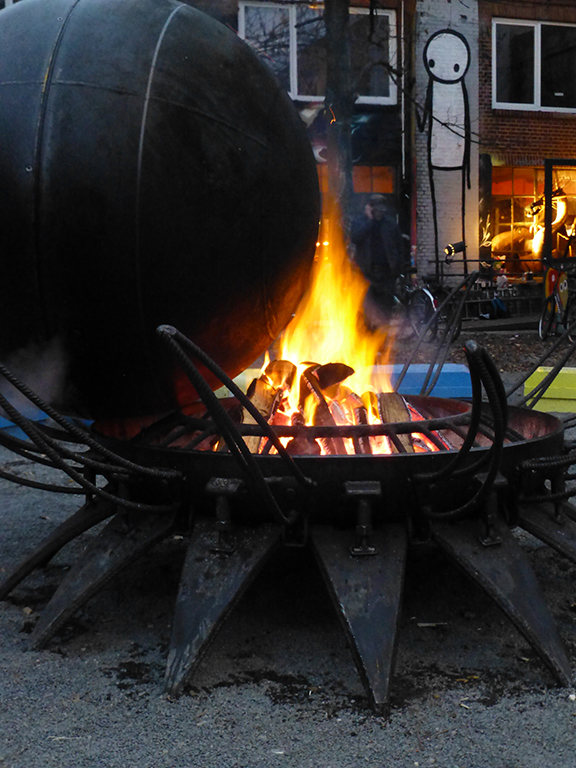 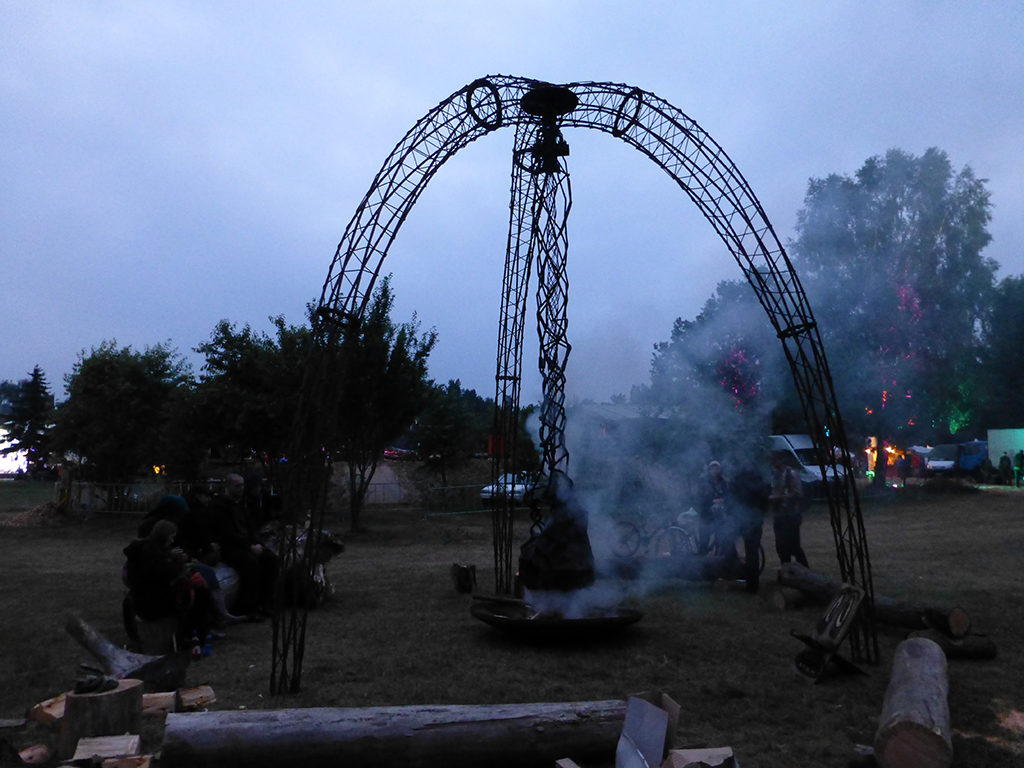 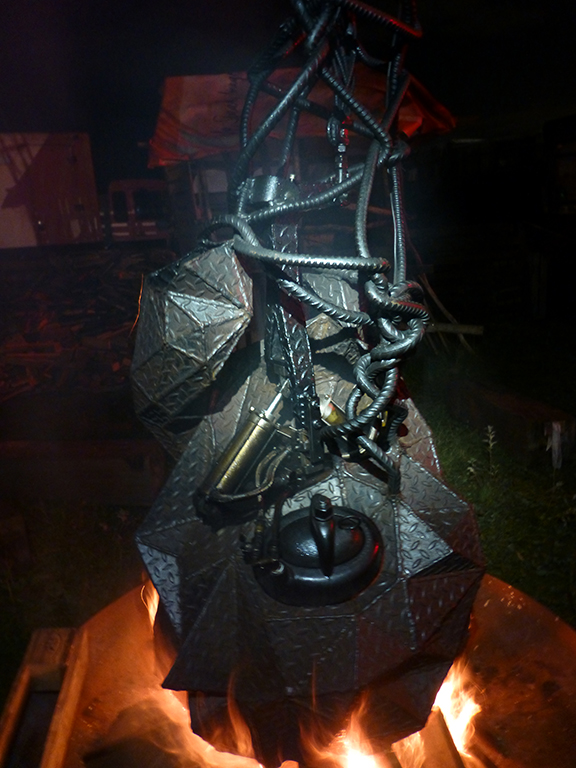 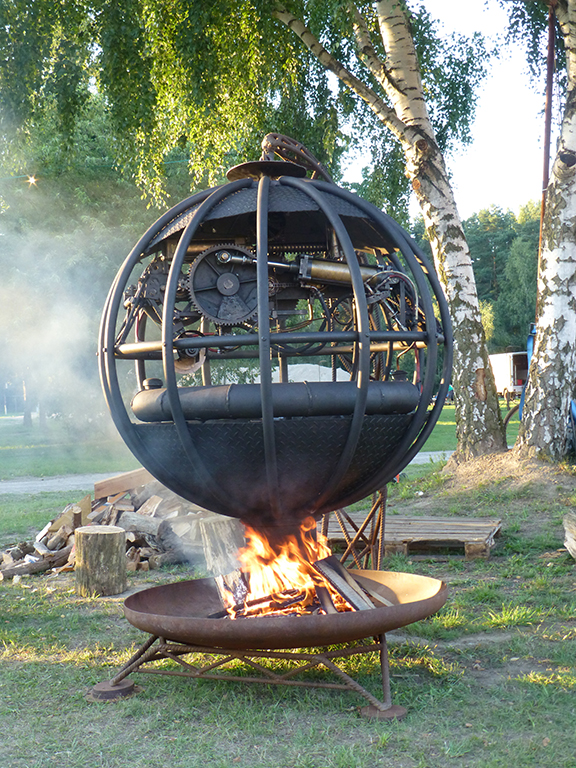 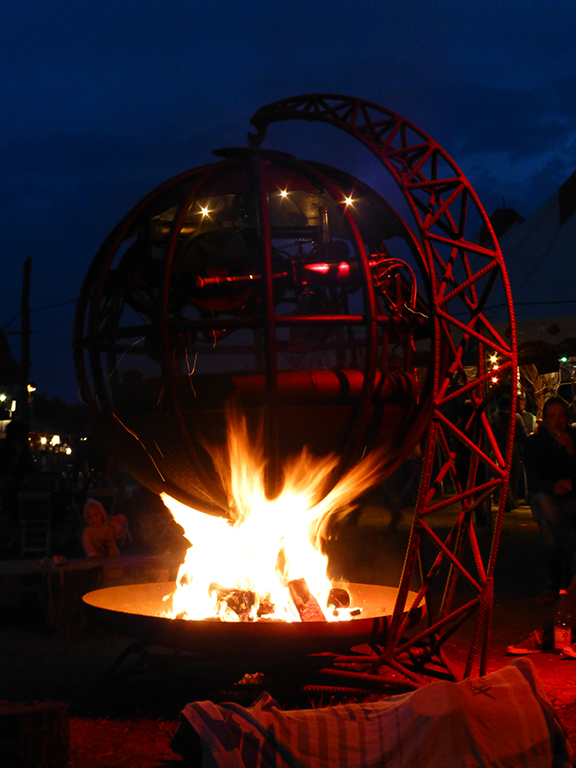 In the 90s he began his artistic research as a self-taught photographer, to then diversify it and to express himself through several languages: sculpture, installations, performances, constructions with metals of recovery, design, writing.

In 2003 he began to work on the element fire as an expressive form, integrating it into some installations of that time.

Since fire is synonymous with energy, but also air and fuel, he decides to put in also water, in order to transform the energy of the fire and produce mechanical movement, through the use of steam under pressure.

In 2004 he applied his skills in the field of mechanics and metalworking and designs machine#1.

Created by himself in 2005, it consists of a skeleton of sphere hanging over a brazier.

The sphere turns driven by a steam engine that is inside it, using the energy of the underlying fire.

Working on the same theme, he created machine #2 in 2007: a pendulum 5.5 metres high that oscillates above the focus; each oscillation produces a slight change of angle on the point of oscillation, bringing the pendulum to a continuous rotation with respect to the structure that supports it.

In 2009, he built machine #3, a sphere orbiting around a fire, the brazier rotating in the opposite direction pushed by the sphere. All the mechanical part that produces the rotation of the sphere is inside it.

The machines are designed to operate autonomously for 12 hours or more.

They start and regulate themselves depending on the force of the fire, or they stop in its absence.

They are often “abandoned” and it is the users who feed the fire.

1997 Prize for photography organized by the Società Ticinese Belle Arti

2000/2002 carries out the “equilibrium” work within the former Monteforno steelworks, nine large sculptures made up of serial elements, which generate straight geometric shapes by the contrast of the forces of the elements themselves. The tenth is still at the park S. Grato di Carona

2003 participates in the project 2000km. kunst, with the installation “mutagenic desert”.

2003/2006 realizes a series of constructions with recycled metals inside the Cs(o)a il Molino: bar, braziers, stoves and more; in the same location he realizes some performances and installations

2005 he presents macchina#1 at the Robodock festival in Amsterdam, then he will take part in another 4 editions up to 2010, proposing machines #2 and #3 and realizing site specific installations

2007 participates with Robodock crew and AKHE theater in the project The Wheel of Power, 6 days of theatre and performances, a project by the Derevo theatre company for the 400th anniversary of the town of Mannheim, where Luca presents machine #1, realizes a performance and some installations within the project

Machines#1,2,3 are annually presented in various festivals in Northern Europe that propose music, theater, performances, and forms of expression of all kinds.